Reggae Gold is the ultimate collection of reggae hits for summer! Filled with 17 of the hottest sounds from Jamaica, Reggae Gold is the most recognized and best selling compilation series in the genre. Reggae Gold 2011 features new & current hits from Stephen Marley, Shaggy, Queen Ifrica, Alborosie, I-Octane and more! Plus the latest hits from reggae legends Beres Hammond and Shabba Ranks! Reggae Gold 2011 includes a bonus disc with an exclusive DJ mix performed by DJ Norie of WWPR-FM New York’s Power 105 radio – it’s 40 minutes of non-stop dancehall vibes. Reggae Gold 2011 is solid back to back hits! 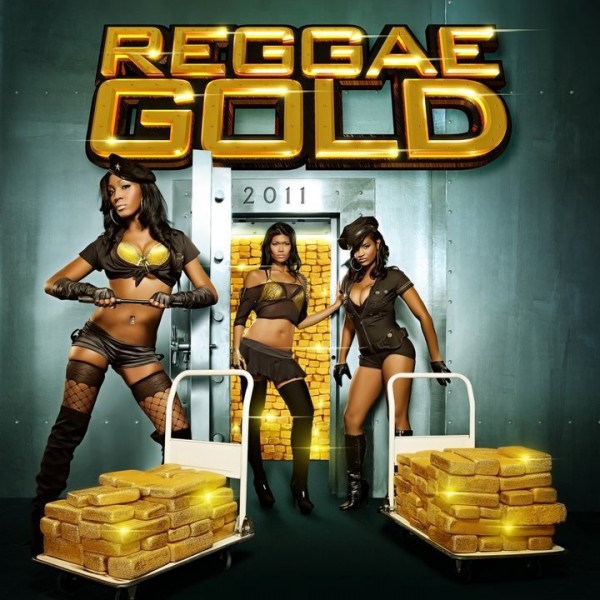 VP Records sees the release of the year’s biggest reggae and dancehall hits with Reggae Gold 2011, set to be in stores and online on June 28, 2011.

The Reggae Gold series has kept VP Records at the forefront of reggae music for 19 years now. This best-selling collection is renowned for featuring the biggest reggae and dancehall anthems of the year and blazing hot artists, while breaking new ones to reggae aficionados around the globe.

With this summer’s street anthem Jah Army from Stephen Marley, featuring Damian ‘Jr Gong’ Marley and Buju Banton, to I-Octane’s club hit Nuh Ramp Wid We; Mavado’s feel-good Peppa; Shaggy, featuring Alaine, on the romantic For Your Eyez Only; the serious Times Like These by Queen Ifrica; One Draw by Alborosie, featuring Camilla; and the legendary Beres Hammond on Pull Up, Reggae Gold 2011 lives up to its name as a treasure for fans of the genre.

The always highly anticipated album cover features three models fictitiously robbing a bank of its gold, just as this compilation will present fans with musical treasure showcasing the very best that reggae and dancehall music has to offer this year.

Every now and then Reggae artists in all genres tackle real issues and even pay tribute to mothers. It’s Mothers Day today and in the Caribbean it’s not just your mother but your grandmothers, aunts, elder cousins, godmothers, and your mom’s friends that show the care and love…that we need at just the right time! Happy Mothers Day to all the moms world-wide!!!

Here are some of my favorites Mama songs from the likes of: Alaine, Capleton, Gyptian, Jah Cure, Lady Saw, Tony Matterhorn, Sizzla, and Vybz Kartel!!!