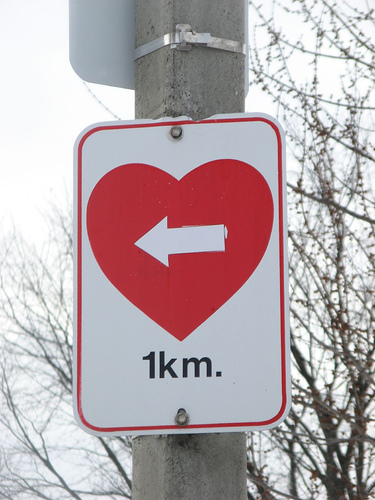 Recently I have noticed more and more limiting beliefs from my male clients. While I can understand the mindset and logic behind these, they are still false and hinder confidence and overall self esteem. Most of these false ideas have been holding these guys back for years. So let’s take a look at these limiting beliefs logically.

Most women only are attracted wealth and money. This is one of the most common limiting beliefs I hear. As there are women out there who are driven by financial success; they are very rare. I think this stems from the fact that most financially successful men have a lot of self-confidence. While most wealthy men are confident, just because a guy has money, doesn’t mean he’s confident when it comes to dating. In fact, sometimes it can work against them.

For example, take a guy who has been unsuccessful with women his whole life. Once he experiences financial success, he believes the ladies will follow. All he needs to do is tell them. He couldn’t be more wrong and his insecurities will be more apparent then ever. Nothing is more unattractive to a woman then a bragger. These successes are much more powerful when she finds them out on her own. She will know you own a hundred thousand dollar car when you give her a ride in it. It is much better to be modest. Most of these guys identify themselves by how much money they have. True self-confidence is much more attractive then a large bank account. What men don’t realize that financial status isn’t a problem for a woman, unless the man is embarrassed about it. This pretty much goes with many situations.

Another limiting belief is only good looking guys can get good looking girls. Now everyone has seen a awkward looking fellow with a gorgeous woman. How did this guy pull that?! He must be rich! No, he is not rich. The fact is that women aren’t as visually attracted as men are. This is an genetical difference between male and females. Men are attracted to symmetry and physical features. This has to do with the fertility of a woman. Men’s brains are hard-wired to be attracted to the most fertile women. This is why we are attracted to younger women, usually in their reproductive prime. Even when men were attracted to heavier women in the 1700’s, men were still more attracted to women with a certain hip width ratio that is best for giving birth. This is a subconscious attraction feature. We, as men, are going to be attracted to the women our brain sees as the best mate to carry on our genes. Are Dominant, Attractive Men Better In Bed?

If you are interested in a Dating coach, give me a call and I’ll change your life. I am an experienced dating coach of men and women. You can contact me at www.bestofcoaching.com/jonwainwright or email me at JonWainwrightiii@gmail.com ! Good luck!

You’re a pretty girl, formally educated, sweet. Yet, for some reason, men don’t seem to take you seriously. After two or three dates the physical attraction wears off and they move on as you wonder “What went wrong?”

Men go out with women and walk away with one of two agendas: sex or the possibility of something serious. And, it doesn’t take much or very long for them to decide. If you continually find yourself quickly dismissed once it becomes apparent you’re not giving it up, it may be time to evaluate why you keep landing in the sex pot:

1. You post semi-nude photos on Facebook.
This is the digital age, so expect to get Googled. With that said, posting skintastic photos on Facebook is an outcry for male attention and public reassurance. A “Whomp, whomp” caption under a picture of you in a bikini doesn’t exactly scream, “Hey, I’m a nice girl. Your Mom will love me.” Overexposure is off-putting, but modesty leaves mystery.

2. You have a personal brand but no product.
Hair is done, nails are done, but you have no job. You’re constantly talking about your personal brand but you have yet to describe a tangible product. This screams gold-digger and, since you’re likely not as hot as you think you are, real men see through the fog and slap your application with a “Hell, no!”

3. You’re a “model.”
Unless you’re steadily working paid jobs: YOU ARE NOT A MODEL. Industry-girl swag is great for features on ATLpics.com, free club entrance and a free bottle here and there, but it won’t get you a ring. That whole scene revolves around sex and the exploitation of women. And, chances are you’re maybe hoping to catch a producer-type. Funny thing about men, they don’t bring their “work” home with them.

4. You think you know fashion.
Pseudo-obsession with fashion is the trendy thing now, so women who could care less about Proenza Schouler two years ago are suddenly dying to get their hands on limited-edition garb at Fashion’s Night Out. Like a real luxury novice, you make a point to point out all of the labels you’re wearing and carrying—so much so that it become monotonous, droning…And, you? Vapid.

5. You believe sexy equals less.
In the eyes of men, you are what you wear. Don’t be expected to be treated like anything different than what your appearance implies. Breasts and booty should never be out at the same time. Pick one: Is he going to get a peek of the girls up top or the hams below? When it comes to sexiness, less is more (with the exception of those who opt for the Pilgrim look).

6. You never buy your own drinks.
Guys see the girls who hover around the bar all night, racking up on free drinks. Expect for a man to pick up the tab, but insist on paying from time to time—just so he knows you’re willing and able. Mooching is immature.

7. You’re easy.
You say no the first two times but drop the panties on his third attempt. Stick to your guns. As soon as he convinces you to do it, rather easily, the challenge is won and there’s nowhere for him to go but to another woman. Sex is just sex without a solid foundation.

8. You have a lot of guy “friends.”
Women aren’t too fond of men with a slew of female friends and men feel the same way about guy friends. Men are thrown off when they check your Facebook friends and see 200 mutual friends, 150 men. Of that 150, it is assumed that you dated and/or slept with a few of them.

9. You think Basketball Wives is empowering.
Pop culture has invaded your brain and it has your mind in the wrong space. Men don’t want to be with grown women who curse loudly in public places and throw drinks. No, ma’am. If any part of that show empowers you, it is likely their bum behavior shows in your actions.

10. You can’t go an hour without tweeting.
Social media is great, but there is something to be said for people (who don’t do their business on the Web) constantly tweeting or posting. Privacy is required to reach higher levels of intimacy, so everything doesn’t need to be “liked” by the world.

Author: LaShaun Williams is a culture and relationship columnist, blogger and commentator. Her work has been featured on popular urban websites and she has made appearances on several radio shows. Williams is also the voice behind Politically Unapologetic, where she unabashedly discusses pop culture, relationships and everything in between. Follow @itsmelashaun on Twitter or Facebook.