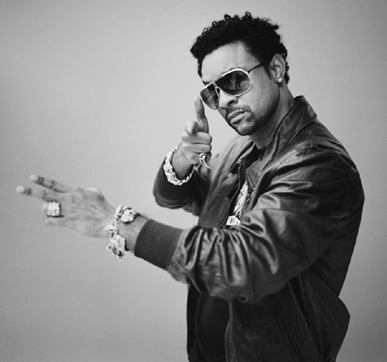 THE staging of the fund-raising Shaggy and Friends concert is definitely a multimillion-dollar venture.

This year’s event, organised by diamond-selling reggae act Shaggy to raise funds for the Bustamante Hospital for Children, has a production budget in the region of $14 million.

However, according to head of Shaggy’s Make a Difference Foundation, Rebecca Packer, for the type of event being staged at Jamaica House come tomorrow evening, the spend could have been much higher.

“We really have to thank our sponsors and suppliers — many of whom are providing services for free or at cost — for helping us keep production costs down. A show of this caliber including artists, lighting, sound, décor, food and drink, could easily run us in the region of $50-million,” Packer told Splash last night.

She stated that having gotten over the obstacle caused by the shifting of the original December 30 date, due to the general election, the plans for the third staging of the event were running smoothly. “It’s really like a well-oiled machine. Having gone through the process on two previous occasions we have worked out the kinks.

Packer says rehearsals are already underway, as international acts Eve and Lauryn Hill are already on the island, with Maxi Priest and Deniece Williams scheduled to arrive later today.

This year, the proceeds from the event will go towards the construction of a 15-bed cardiac intensive care unit at the hospital, in conjunction with the international charity, Chain of Hope.

To date, the Shaggy & Friends Make a Difference Foundation has raised a total of JA $57,000,000 (US$650,000), which has gone towards providing vital and life-saving equipment for the island’s sole paediatric hospital.

Packer notes that patrons can expect the usual high standard, both in terms of performances on stage, as well as the look and feel of the venue.

“We have worked to create an all-round concert experience for patrons, whether they are in our silver, gold or platinum sections. These includes an impressive choice of food, drink and overall décor.”

One major change in this year’s event is the elimination of the sit-down five-course meal for patrons in the upscale platinum section. But, Packer explains that patrons in this section will still be privy to choice food and drink, as well as participate in the fund-raising auction.